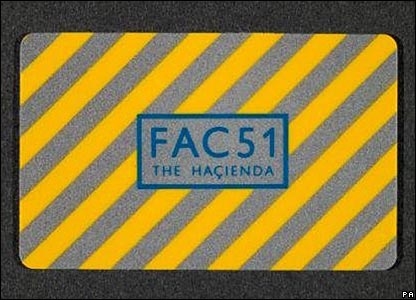 On Friday we were in Milan to play the great club night, London Loves.

Unfortunately, Milan police were apprehensive that the arrival of Tim Burgess and The Birds would cause overcrowding and subsequent riots so the venue had to be changed at the last minute.

Despite the last minute chaos, we had an amazing time in Milan. Dorian Gray and his team were extremely polite and professional, really courteous hosts. They took us to see the local sights and sounds of Milan and also showed us a great time at the club.

After we played, Tim DJed and we stood near the decks and danced with hundreds of Milanese party goers. When Tim played the original mix of New Order's 'Blue Monday', it felt like we were at The Hacienda. A massive space filled with lasers and smoke machines with people dancing on podiums, the stage, the floor...just people everywhere. It was amazing.

On my return to London I have been plotting ideas for the next Decasia. Feeling inspired by Milan, I have decided to do a tribute to The Hacienda on Wed March 25th as I take over the whole of Catch on Kingsland Road - both the upstairs and downstairs bars.

It will be immense! At the end of the day, I just want to encourage people to have a great time and let themselves go. People are way too self-conscious in London and it annoys me.

Line up to be revealed shortly!
D-Bird

Posted by An Experiment On A Bird In The Air Pump at 05:51