The Zine That Never Was 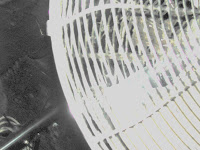 We'd planned on doing a fanzine for our tour but unfortunately, it never came to fruition.

I've posted some stuff below that was meant to go in it. As people took time out to submit stuff, it's a real shame for it to just lie on my laptop and not to share it with the world.

Also on other news, I have launched a new magazine and community blog today! It is called The Quiet Riots - named partly after the Bird song and partly after the inspirational, pacifist ways of Mahatma Gandhi. Basically a lot can be done just through exercising freedom of thought...you don't even have to leave your bed. I do most things from my bed - organising club nights, writing, promoting, playing bass - I think people who think lying in bed all day is lazy need to open their minds. For me, my bed is my office. All my wondrous thoughts, strange ideas and darkest despairs surface there.

Anyway, check it out and let me know if you want to contribute. I've been inundated with talented people getting in touch today about it. I'm so happy! It seems like it's touched a nerve. All those who I was hoping would get in touch have. It's all very exciting.

THE ZINE THAT NEVER WAS

I asked a few friends to submit their current Top 10 songs.

I’ve include a colourful array of artists in my list who have inspired me in my quest of rock and roll enlightenment.

Tina Turner will always be number one on my list. Her voice is like a hurricane ripping through your soul. She exudes so much energy and sexuality the woman stands alone.

Annie Sprinkle has worked in every part of the sex industry. From prostitute to film producer she has done everything. Relaying her past in performance and through sex education she uses her experience in the sex industry to enlighten the curious. In her most famous performance piece called “My Public Cervix Announcement” she invited audiences to inspect her cervix with a speculum and a flashlight. She celebrates the female body with a no holes barred attitude that I find fascinating. We are in world where image is so important and at times it can be hard to feel comfortable in your own skin. This is why Annie Sprinkle is unique she breaks all barriers and carries on living.

The Alcohol Years, chronicles Morley’s life throughout the years she spent as part of the Hacienda scene from 1982-1987. Writing an ad in a local Manchester paper she asked people to contact her if they knew her within those five blurry alcoholic years. The film is almost parallel to how most women feel when they become absorbed into a “scene”. The music, the party, the people you meet became part of your life and what starts out to be a harmless obsession becomes suffocating something that Morely later finds out.

A voodoo High Priestess and a regarded founder of the American avant garde she once stated, “I make my pictures for what Hollywood spends on lipstick”. A firm opposition to the Hollywood mainstream her film “Meshes of the Afternoon” has not only influenced me in my video work but also through music aswell. Teiji Ito who composed the score was her husband and concocted a stream of minimal tribal drums that carry the film into a different dimension. It was orignally a silent film. A sureal coil of images reflecting the different sides of a woman. The film never fails to enchant and hypnotize.

In a documentary I watched about Nico someone described her as a freak for being so beautiful. I wonder what it must be like to be recognised firstly for your appearance and then of your achievements. But her beauty was something quite mythical. Even as she aged and her looks began to fade the myth and legacy surrounding her never melted away. Her voice etched with melancholy a deep and monotone voice that evoked so much emotion. The songs she sang with the Velvet Underground are my favourite tracks. All Tomorrows Parties and Femme Fatale still hold my attention like the first time I heard them.
Posted by An Experiment On A Bird In The Air Pump at 14:54